Thank you to our sponsor:

Why are plankton different shapes?

Phytoplankton are just little green balls, right? WRONG! Phytoplankton come in a variety of shapes, sizes and colours and have tricks up their sleeves that help them survive in all kinds of conditions. Here, Russell showcases some of his favourite phytoplankton and their amazing abilities.

The secret life of recovering corals

After massive bleaching events and storms, damaged coral reefs can look bare and desolate. However, the process of coral recovery hides in plain sight. What makes or breaks a coral juvenile's (or recruit) chances of success happens on a very small scale, and it coud involve the different ways fish bite around a coral. By tracking the same coral reefs over time with 3D mapping, we can see the reef recovery results of growing corals from these processes.

Fantastic Marine Yeasts and Where to Find Them

Yeasts are small single-celled fungi. You might be familiar with Baker's yeast or yeasts involved in alcohol production. Many yeasts also thrive in the marine environment. The marine environment is a challenging place to live and marine yeasts have developed specific adaptations to survive. I will show examples of the fantastic yeasts we have recently found in different marine ecosystems, from 'shape-shifters' that change their shape and size to live more efficiently in the open ocean, to the 'copepod killer' that attacks marine invertebrates in coastal waters, and the 'sub-zero survivors' that are adapted to thrive in frozen polar sea ice.

Searching the ocean for new medicines

The ocean is the largest and oldest habitat on the planet, harboring an abundance of organisms with a range biological and chemical diversity. Many organisms produce chemicals in the ocean environment for communication, nutrients, structural development, protection, and adaptation. These chemicals are not only key to survival in the sea, they can also be a source medicines for humans. Through an intricate symbiosis, a marine bacterium lives on an algae that is high-jacked by a Hawaiian sea slug for chemical defense and serves as an anticancer compound. This serves as one example of how marine organisms can use chemicals for adaptation that can also be a valuable resource for drug discovery.

Small but mighty - studying plankton in our oceans

How do you study some of the smallest, but probably the most important, lifeforms in our oceans? With a continuous plankton recorder that's how. How does it work, where and when have we been running our surveys, and what have we found? And why are plankton so vital to everything in the ocean?

Have you ever thought about what life is like deep within Earth's crust? It's tiny, different from what we find at Earth's surface, and vitally important for the planet. By combining drilling into permafrost, climbing into volcanoes, and diving in submarines with some heavy duty computer work, we are discovering what life is really like on this planet.

Virome diversity and composition in Elasmobranchs

Viruses are disease-causing agents and powerful evolutionary drivers with direct and indirect effects on host fitness. The arms race between host defenses and viral infections has consequences on the evolutionary trajectories of both the host and pathogen. In a world who is increasingly aware of the influence of viral pathogens, and of the impacts of virus transmission between wildlife and humans, we are still ignorant of the viral diversity of many vertebrate hosts. For instance, studies on the viral diversity in Chondrichthyan hosts has been mostly opportunistic and descriptive, missing representation of the taxonomic and ecological diversity in the group. However, Elasmobranchs and Holocephalans are the oldest jawed vertebrates with adaptive immunity and can offer important insights on the fight against viral infections.

Here, we present the first results of an ongoing effort to provide a first baseline of DNA virome composition and diversity across Chondrichthyan hosts. We extracted and sequenced viral DNA from muscle samples of two oceanic pelagic sharks (blue shark Prionace glauca and mako shark Isurus oxyrinchus) and two coastal benthic rays (Raja clavata and R. undulata), including endangered and near threatened taxa from the two major lineages of Elasmobranchs. These results are an important first step to understand how viral pathogen composition and diversity vary among different Chondrichthyan hosts and with different ecologies. These results will also bring valuable insights on the evolution of immunity genes associated with viral infections, and the dynamics of host-pathogen co-evolution.

Methane is a strong greenhouse gas that plays a big role in global warming. Amazingly, there are symbiotic microbes in the deep sea that eat methane and prevent it from getting into the atmosphere. This talk will go on a journey to several deep-sea methane seeps to see how these microbes work and investigate the rich ecosystems they form.

No Brain, No Problem: Diatoms and their environment

Diatoms are tiny plant-like algae that take up carbon dioxide from the atmosphere and produce oxygen through the process known as photosynthesis. These algae can be under stress due to the changing ocean environment and we are looking at understanding how they can sense these changes and respond to them. As diatoms are more closely related to plants than animals, they do not have a brain - this means they don't have a nervous system that can help them detect and respond to environmental changes. In this talk, I will discuss their biology and the important molecules they use instead of a brain.

Poop and Death: where microbes thrive?

The ocean plays a crucial role in storing carbon produced into the atmosphere, but have you ever considered the role that poop and dying animals play in this? Listen in to this talk if you want to find out more on the variety of material that sinks from the surface ocean to the deep abyssal plains, and how despite the doom and gloom of this dead material and poop, how the secret live of microbes not only survive but thrive!

Unicellular organisms inhabit the soil, air, and water all around us. Some even reside within our own bodies. These unicellular organisms are intrinsically fascinating and visually stunning; they are architects, builders, travelers, parasites, hunters, scavengers, and prey; they have sex lives and mating rituals; they build communities and they go it alone. They are as complex in terms of behavior and lifestyle as any plant or animal, yet they do it all within the confines of a single cell.

And featuring our Sealife showdown!

Which organism will you vote for?

Join us for high profile, inspirational speakers from around the world sharing their science. Having studied marine science at the National Oceanography Centre, Southampton, Russell went on to work as a commercial oceanographer before retraining as a science teacher. Combining his love of the ocean and education, he formed Incredible Oceans - a marine education non-profit organisation. His research focusses on the overlap between physics and biology and he seeks to find out how phytoplankton are influenced by different water environments. 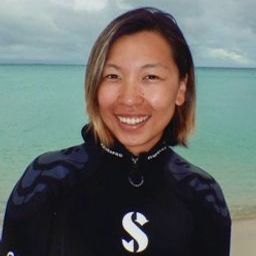 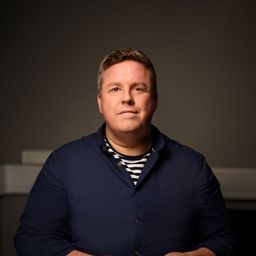 I work on microbial biology and ecology, trying to better understand marine microbial life from the shores around Plymouth to the open ocean and polar regions. I am particularly interested in how marine microbes function, how they evolved, and how they interact with other marine organisms.
× 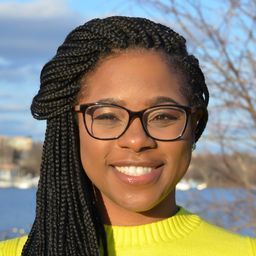 Dr. Jeanette Davis is a Marine Microbiologist and a 2X Amazon bestselling children’s science book author who currently serves as an Ocean Policy Advisor in a federal agency where she conducts research and provides policy support to help manage ocean resources. Her research ranges from fisheries management to marine drug discovery.  One of her proudest moments as a scientist is publishing in Science where she helped discover a marine microbe associated with a Hawaiian sea slug that fights cancer. 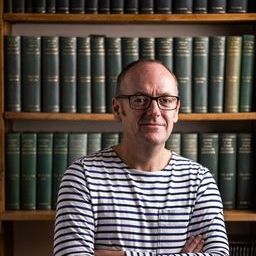 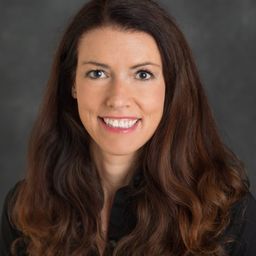 Having obtained my PhD in pathology and molecular genetics, I am now working as a post-doc researcher focusing on elasmobranch immunobiology, with a particular interest in understanding how pathogens shape a host’s immune diversity.
× 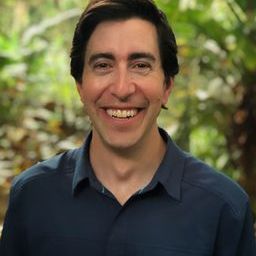 Jeff is an assistant professor of Biology at Boston University, where his lab studies the links between microbes and their environment at deep-sea methane seeps, salt marsh sediments, and active volcanoes. Outside of the lab, he works with the Deep Ocean Stewardship Initiative to bring rigorous science to the UN's High Seas Treaty negotiations, and is the Executive Director of the Ad Astra Academy, which uses the inspirational power of exploration to encourage students around the world to pursue STEM fields. 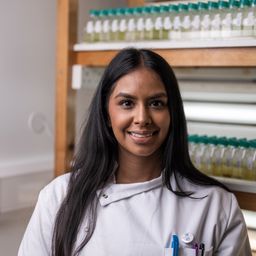 Yasmin is a PhD student at the University of Exeter and the Marine Biological Association and a Science Communicator. Her work is focused on understanding how tiny plant-like algae called diatoms can sense and respond to changes in the environment. As a PhD student, Yasmin gets to learn new laboratory techniques to answer research questions. She also uses Instagram to communicate science to a wide audience @marinebiologywithyaz. 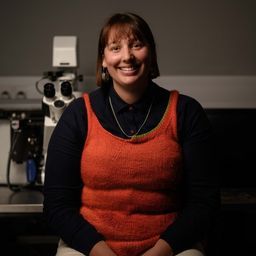 I am a microbial oceanographer interested in how microorganisms interact with dead and decaying organic matter in coastal and open ocean environments. I use seagoing fieldwork, in combination with lab based tools, to explore the diversity and activity of microbial communities associated with these organic particles and how this may influence the uptake and storage of carbon in the ocean as part of the biological carbon pump.

I'm a protistologist, a scientist who works with unicellular eukaryotic organisms called protists. I work with genomic data in the lab and on the computer to try to understand more about the evolution and diversity of protists. I also document microorganisms through the microscope on in photos and videos. Protists are beautiful, fascinating organisms with complex behaviours and communities, I enjoy trying to capture some of their antics through the microscope.
× 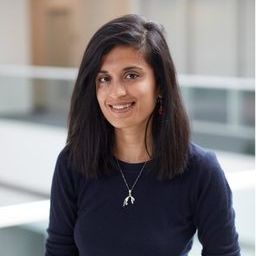 I'm currently an Independent Postdoctoral Fellow joint between The Rockefeller University (USA) and the University of Oxford (UK); starting January 2023, I'll be an Assistant Professor of Organismal Biology at the University of Chicago (USA). I'm interested in how organisms move through natural environments, which can often be variable and heterogeneous. In the past, I've worked with a lot of fascinating systems including bacteria, tardigrades, geckos, and snakes.