Are National Plans of Action protecting seabirds from fisheries the way they should?

The global fishing industry produces 156 million tonnes of seafood every year, providing a vital source of nutrition and supporting the livelihoods of millions worldwide. Protecting wildlife and habitats from such a massive industry requires careful management.

Accidental capture in fishing equipment (bycatch) is one of the biggest threats to seabirds, sharks and marine mammals. Certain fishing methods are particularly dangerous to seabirds, which can get caught on baited hooks used in longline fisheries or collide with cables used to tow trawl nets (see Box 1).

It is estimated that over 300,000 seabirds are accidentally killed by longline fisheries every year [1]. Albatrosses and petrels are particularly vulnerable to the impacts of fishing. These seabirds typically feed near the surface of the sea, and so are attracted to boats that use bait or discard fish offal overboard (Fig. 1).

Albatrosses and petrels are long-lived (see Box 2) and often mate for life, but usually only lay one egg per breeding season. This low reproductive rate means that excess deaths caused by fishing can easily put populations at risk. Of the 30 species of seabirds protected by the Agreement on the Conservation of Albatrosses and Petrels (ACAP), 20 have a globally threatened status, including four species which are critically endangered.

Seabirds migrate over vast distances every year, travelling thousands of kilometres across different territorial waters to feed and nest. So, if we are to protect them from fishing at every stage of their journey, robust preventative measures must be applied worldwide.

Reducing the impact of fisheries on marine species is a key priority for global conservation. But, while many states have introduced measures to minimize bycatch, measures for seabirds are still lacking. This means that seabird populations are often severely impacted before protective steps are taken. In 1999, the Food and Agriculture Organization (FAO) of the United Nations set out an International Plan of Action for Reducing Incidental Catch of Seabirds in Longline Fisheries, which was expanded in 2009 to include trawl and gillnet fisheries. Although the FAO encouraged states to voluntarily assess seabird bycatch problems and implement National Plans of Action (NPOAs) to prevent population decline, clear objectives for how to achieve this were not established.

Limited uptake of a valuable tool

NPOAs have helped some states dramatically reduce seabird bycatch. In the past, a lack of regulation in Patagonian toothfish fisheries threatened both fish stocks and seabird populations. In addition to clamping down on illegal, unreported and unregulated fishing practices, an NPOA was implemented by the Falklands government in 2004. This required longline fisheries to introduce measures to protect seabirds. In 2008, seabird longline bycatch had been reduced to zero and remains low.

However, 20 years after the FAO first declared their intentions to reduce the impact of fishing on seabirds, only 16 NPOAs are currently implemented (Fig 2). Although one of these covers all states within the European Union, the use of these measures to reduce seabird bycatch is disappointingly low. There are grounds for hope, though, as a further 25 states have signalled an intention to assess whether an NPOA is required. Alongside these positive signs is concern that other states have identified bycatch problems but have still chosen not to implement an NPOA.

The limited use of NPOAs worldwide is worrying, particularly in regions where seabird conservation priorities have been identified. Organizations such as ACAP are calling for the wider and more effective use of NPOAs and have recommended implementation of a best-practice framework. ACAP is also playing a key role in raising awareness of the issue of seabird bycatch and putting pressure on governments to act.

Currently there is no consistency across the 16 NPOAs in operation when it comes to adopting best practice methods. To help states develop more effective NPOAs and encourage a standardized approach, there are three key areas that should be incorporated into this best-practice framework.

Introducing explicit risk criteria would make it easier for states to recognize problems with bycatch and identify vulnerable seabird populations. NPOAs should also include measurable objectives which aim to reduce bycatch to sustainable levels. Currently, 94% of NPOAs include overarching objectives related to ‘reducing’, ‘avoiding’ or ‘minimizing’ seabird bycatch, however these objectives were only measurable in around a quarter of NPOAs. States should also ensure that appropriate action is taken at the right time by setting bycatch thresholds to trigger a defined fishery management plan.

Other vulnerable marine species, such as sharks and turtles, could also benefit if this best-practice framework is applied to other bycatch risk assessments. 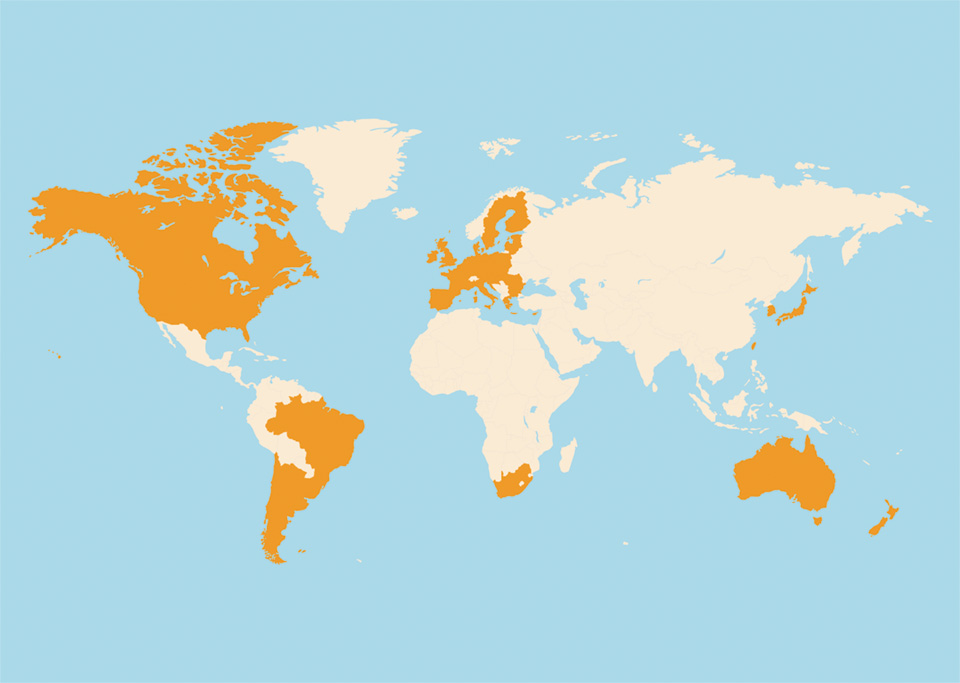 Figure 2. States (or regions, i.e. European Union) that have developed an NPOA (orange).

While NPOAs play a valuable role in ensuring bycatch issues are identified and managed at a national level, we need to do more to protect vulnerable seabirds.

Many individual fisheries are making considerable efforts to reduce their impact on seabirds. Albatross bycatch in the South African offshore trawl fishery was reduced by 99% in 2014, with bycatch remaining low ever since. The fishery worked with BirdLife South Africa’s Albatross Task Force to introduce simple but effective measures, including adding streamers to fishing lines, known as bird-scaring lines, which deter seabirds from flying close to vessels.

Unfortunately, bird-scaring lines are not suitable for use in all fisheries and so other protective measures are needed. The Albatross Task Force is continuing to work with coastal South African fisheries to prevent bycatch and was recently awarded a two-year research grant from the Marine Stewardship Council’s (MSC) Ocean Stewardship Fund. This grant will be used to develop a bespoke bycatch mitigation plan for coastal trawl fisheries, investigating the use of measures such as bird barriers, alternative bird-scaring lines and changes to offal management.

Fisheries can also help to protect seabirds by joining certification programmes such as the MSC, which recognizes sustainable fisheries, according to the science-based principles of the MSC Fisheries Standard. Certified fisheries are required to collect data on bycatch and implement measures to minimize their impact on habitats, ecosystems, and the species within them.

Findings here come from work commissioned by the MSC as part of its regular review of the MSC Fisheries Standard. As well as ensuring its requirements continue to reflect internationally accepted fisheries science and management best practice, the MSC hopes that a better understanding of how NPOAs are applied globally—and the identification of best practices in both NPOAs and bycatch management in general—can be used to incentivize fisheries to improve.

Habitat: worldwide, but focused in the Southern Hemisphere

Average life span: up to 50 years

Size: the wandering albatross has a wingspan of 3.5 metres, the largest of any known bird. 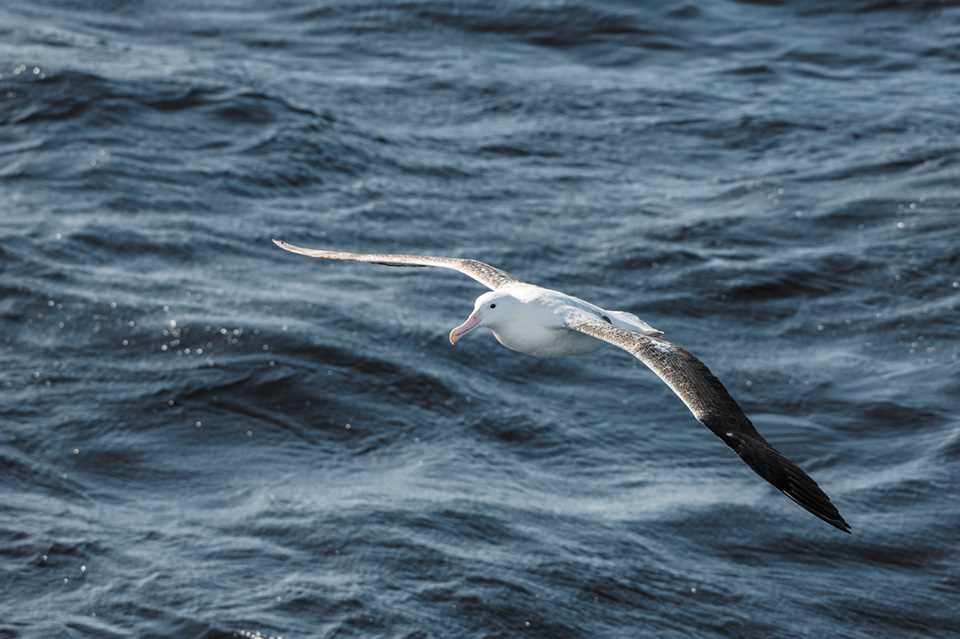 Reducing threats within our control

Unfortunately, fishing is not the only threat to seabirds. Climate change can have a serious impact on seabird populations, causing changes in the availability and location of prey. Seabirds are also at risk from invasive predators at their breeding sites, such as rats that may carry diseases or feed on young, which can greatly reduce the likelihood of survival to adulthood. Reversing these threats alone could benefit around 380 million seabirds, representing 45% of the total global seabird population[2]. 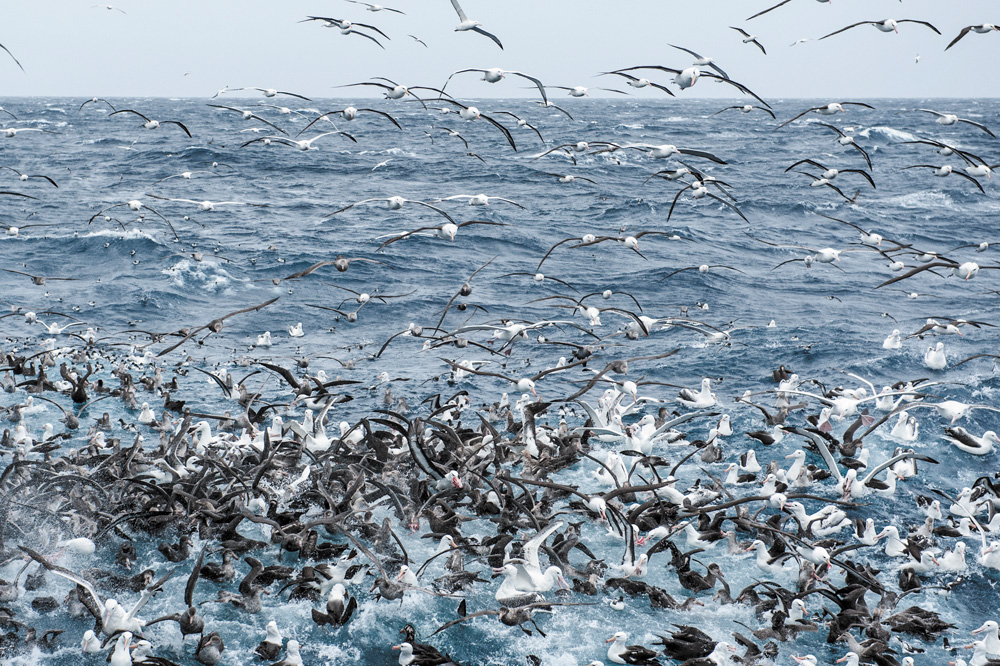 The impacts of climate change on birds are difficult to predict and even harder to mitigate, so reducing threats that we can control in the short term has to be our priority. Minimizing bycatch and control of invasive species should be top of the list, and can be achieved through NPOAs and robust action from individual fisheries. Ongoing research that helps to collect information on these threats and highlight potential solutions is also vital. Working together, we can ensure that these populations recover and thrive.

The MSC is an international non-profit organization that recognizes sustainable fishing practices through a fishery certification programme, underpinned by the MSC Fisheries Standard. Visit msc.org